This grizzly family comes with paparazzi 

Mother grizzly 399 and her four cubs

I’m disgusted with American journalism. It’s boring. I blame editors for assigning uninteresting stories, and people interviewed for being evasive….

Let’s Not Squander the Miracle of Yellowstone

Guess who has outsized clout on public lands?

This may be a surprising story. It begins with a working group trying to save the last native bighorn sheep…

“Oh, give me a home where the buffalo roamWhere the deer and the antelope playWhere seldom is heard a discouraging…

“I can’t believe that person is getting that close.” Just off the road stands a bull elk — a 700-pound…

The Pleistocene epoch that began 2.6 million years ago sent ice in waves through Yosemite. Glaciers gouged out great valleys…

A close encounter with wolves and fear

This summer, three of us were hiking in Alaska’s western Brooks Range when we encountered a pack of eight wolves….

Image by Milo Weiler, via Unsplash

Hard lessons from the border

Animals have been blocked from migration, their food chains disrupted. Now, exotic weeds, insects and diseases can use the lengthy scar as a nick point for invasion, ultimately disrupting far more than what human border-crossers can do. Photo by Greg Bulla on Unsplash

How to love the bear’s world

When a bear kills a person in the wild, that’s no reason to enact laws making it easier to kill bears. Rather respect that bears are wild creatures and be cautious when in their territor 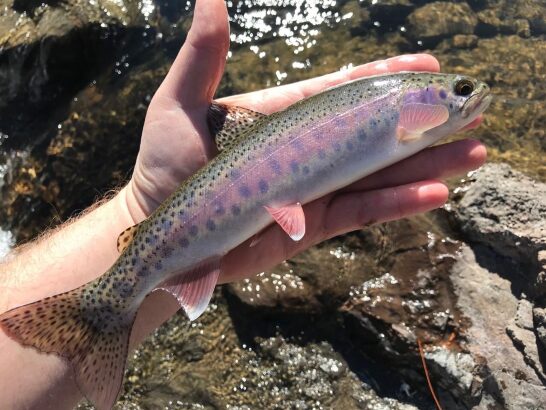 Killing wildlife to see who wins

Predators do kill game and livestock, but no game species in the United States is suppressed by predation, and overpopulated species like elk and deer lack the predators needed to maintain their health and that of native ecosystems.

Once a week you’ll receive an email with a link to our weekly column along with profiles of our writers, beside quirky photos submitted from folks like you. Don’t worry we won’t sell our list or bombard you with daily mail.

This website uses cookies to improve your experience while you navigate through the website. Out of these, the cookies that are categorized as necessary are stored on your browser as they are essential for the working of basic functionalities of the website. We also use third-party cookies that help us analyze and understand how you use this website. These cookies will be stored in your browser only with your consent. You also have the option to opt-out of these cookies. But opting out of some of these cookies may affect your browsing experience.
Necessary Always Enabled
Necessary cookies are absolutely essential for the website to function properly. These cookies ensure basic functionalities and security features of the website, anonymously.
Functional
Functional cookies help to perform certain functionalities like sharing the content of the website on social media platforms, collect feedbacks, and other third-party features.
Performance
Performance cookies are used to understand and analyze the key performance indexes of the website which helps in delivering a better user experience for the visitors.
Analytics
Analytical cookies are used to understand how visitors interact with the website. These cookies help provide information on metrics the number of visitors, bounce rate, traffic source, etc.
Advertisement
Advertisement cookies are used to provide visitors with relevant ads and marketing campaigns. These cookies track visitors across websites and collect information to provide customized ads.
Others
Other uncategorized cookies are those that are being analyzed and have not been classified into a category as yet.
SAVE & ACCEPT
Powered by